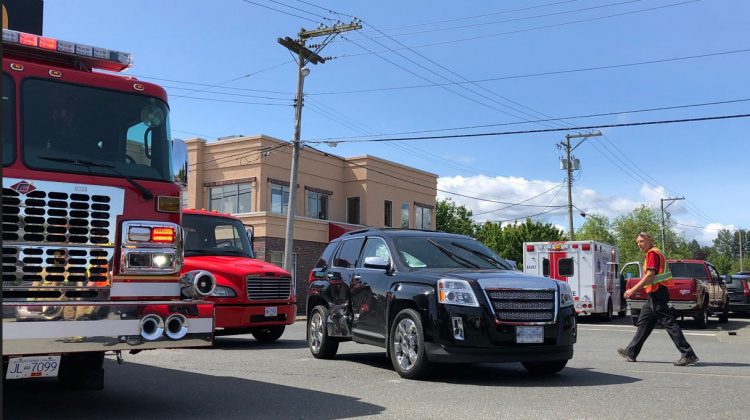 The damaged SUV is pictured at the intersection of 6th Street and Fitzgerald on Wednesday morning. Photo by James Wood/98.9 The Goat/Vista Radio

COURTENAY, B.C- One person has been taken to hospital after a T-bone crash in downtown Courtenay.

The truck struck a northbound SUV that was passing through, damaging the passenger side and injuring the female driver. She was later sent to hospital with minor injuries to her arm.

The female driver of the truck remained on scene, speaking with police about what had occurred.

According to Constable Dave Dormuth, of the RCMP’s North Vancouver Island Traffic Services, the woman was “quite shaken up” and upset about what had happened.

Dormuth indicated that the woman would possibly be receiving a ticket for disobeying the sign. He also had advice for drivers in the area.

No other injuries were reported from the scene.