Bike to Work Week wraps up for Comox Valley 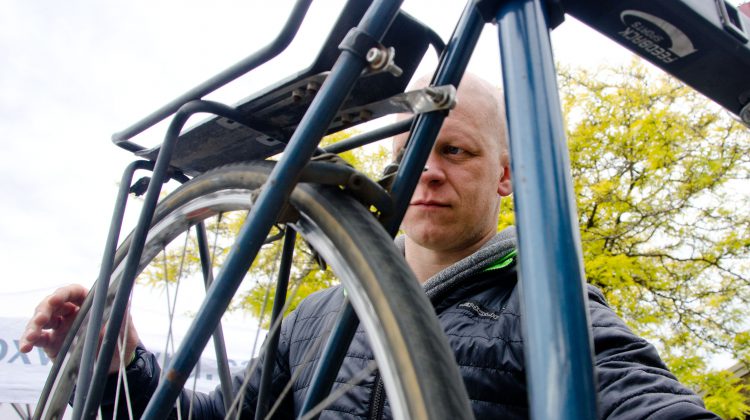 Michael Collins of The Broken Spoke bike shop tunes up a bike at the celebration station in front of the Lewis Centre on June 1st, 2018. Photo by James Wood/98.9 The Goat

The annual event sees thousands of B.C residents heading to work on two wheels instead of four from May 28th to June 1st, with many communities setting up “celebration stations” serving snacks and drinks to passing cyclists.

On Friday morning, the City of Courtenay set up their station outside the Lewis Centre from 7 a.m. to 10 a.m., with at least 25 people stopping by while heading to work on their bikes. Coffee and muffins were available, as well as a photo-booth and tune-ups from Michael Collins of The Broken Spoke bike shop.

City councillor Doug Hillian was one of those people, and while he said the number of people seemed to be down a bit from last year, the cyclists stopping by had “lots of enthusiasm”.

“I think there’s a lot of people who are interested in cycling in the community,” said Hillian.

“As the community grows, as it gets more congested, I think there’s going to be more demand for alternative transportation, and for different modes, and as we’re currently doing with our Complete Streets project on 5th Street, that’s going to make it more convenient for people to cycle. Some people will never cycle to work, but there are lot of people that could do it.”

Hillian believed that more people would bike to work as more infrastructure for the practice is put in place in the Valley.

A link to the local Bike to Work page can be found here: https://www.biketowork.ca/comox-valley