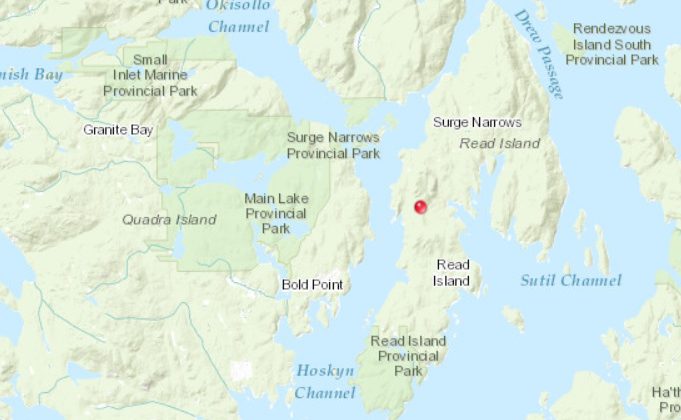 CAMPBELL RIVER, B.C-Two wildfires that were burning this week near Campbell River are no longer considered active.

The fire on Read Island, which started on Monday and grew to eight hectares, is no longer an active fire on the BC Wildfire Service map.

RELATED: Wildfire burning out of control on Read Island

On Friday, Coastal Fire service said the fire had a seven person crew on the scene.

A wildfire that started last Thursday north of the Strathcona dam is also no longer active.

According to Coastal Fire, the wildfire there was assessed at .9 hectares.

Both fires are considered person-caused, and investigations will begin as soon as possible.