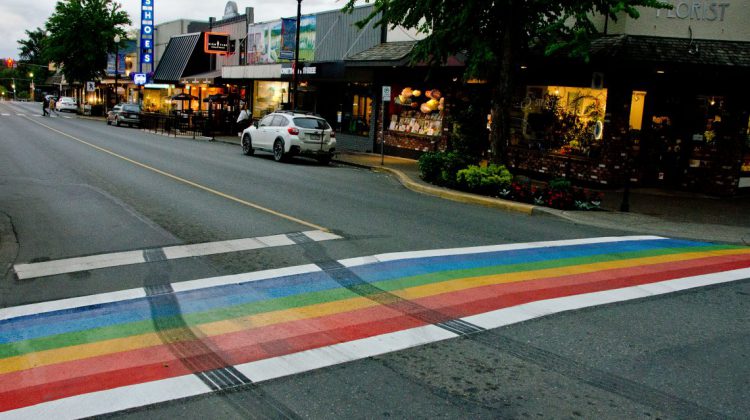 Tire streaks along a new rainbow crosswalk in downtown Courtenay are seen on June 1st, 2018. Photo by James Wood/98.9 The Goat/Vista Radio

COURTENAY, B.C. – This past weekend, the new rainbow crosswalk was unveiled in downtown Courtenay. Prior to the unveiling, the crosswalk was vandalized.

On June 1st, black streaks were spotted across the crossing. Fortunately, the crosswalk was cleaned up before Saturday’s Elevate the Intersection event.

The Comox Valley RCMP has been made aware of the incident of vandalism.

According to Constable Monika Terragni, thanks to witnesses in the area, a suspect vehicle has been identified and the RCMP is investigating the matter.

The MyComoxValleyNow.com newsroom has reached out to the Comox Valley RCMP for further comment.