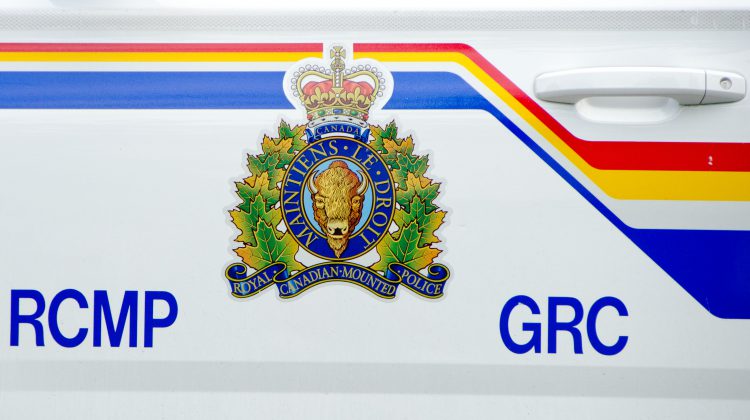 The RCMP crest is pictured in a Vista file photo. Photo by James Wood/98.9 The Goat/Vista Radio

According to a bulletin from the detachment, the scooter was stolen from a business in the 3000 block of Cliffe Avenue. The vehicle has a BC license plate with the number Y29858, and was described as a blue 2008 Tomos motorcycle. It was stolen on Friday afternoon.

Beyond the scooter theft, police are also asking residents near the Phil and Jennie Gaglardi Academy along 1475 Noel Avenue to be vigilant after the school was hit with graffiti overnight on Thursday. The school, a nearby dumpster, and a Sea Can on the property were all targeted.

“Police encourage local residents to be vigilant and report any suspicious activities on the school property after hours,” read the bulletin from police.

A large fight at a local school was also reported on Friday, around 11:15 p.m. Police went to the area after the report, and found a few people who were leaving. No assault was reported. Officers stayed in the area, and walked through to make sure no one was injured.

On Saturday, a man went into a business in the 3000 block of Cliffe Avenue in Courtenay, and stole a purse belonging to an employee. On June 3, the man was arrested, and released with an upcoming court date.

The man’s name could not be released until he is formally charged.

The detachment also asked the public to lock their phones and store them carefully, after a series of 911 hang-up calls in the past week. A total of 24 calls were received by the 911 dispatch.

“While some of these calls were meant for police, fire or ambulance, many were accidental,” read the police statement.

“Accidental 9-1-1 calls divert resources from real emergencies. It’s often impossible to verify that these calls were accidental, which means they must be acted upon as if they were true emergencies.”

They also asked that if 911 is dialed by accident, the caller should stay on the phone to ensure to the dispatcher that they’re alright.