Foul play ruled out after woman found in Puntledge River 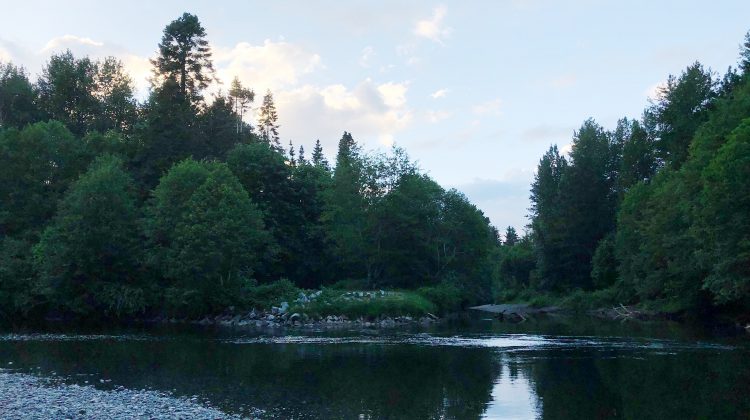 The meeting point of the Puntledge River and the Tsolum River is pictured in a Goat News file photo. Photo by James Wood/98.9 The Goat/Vista Radio

COURTENAY, B.C- The case of a woman found dead in the Puntledge River is officially considered not suspicious.

According to a report in the Comox Valley Record, the body was first found by a local fisherman on May 31st, around a mile north of the Condensory Bridge.

The paper stated that the fisherman had initially thought the body was garbage floating in the river and found that it was a body after he waded in to retrieve it.

An RCMP helicopter was seen flying low over the river near Lewis Park the following afternoon.

A statement from the Comox Valley RCMP on the file indicated that the woman’s body was found around 7:30 p.m. on May 31st, close to the intersection of 3rd Street and Harmston Avenue.

At the time of the announcement, the circumstances surrounding her death were unknown, and officers do not know where she entered the water.

The detachment also did not comment on whether or not the death was being considered suspicious.

“At this time, we’re still investigating the circumstances surrounding her death, so it would be inappropriate for me to comment on whether or not it’s suspicious at this time,” said Constable Monika Terragni, spokesperson for the detachment.

She also confirmed that the investigation into the woman being found was the reason behind an RCMP helicopter flying low over the river last week.

However, Terragni confirmed on Monday that foul play has been ruled out in the woman’s death, with the file being handed over to the BC Coroner’s Service.

Further identifying information will not be released by police.

“When police investigate a situation like this we are looking for any signs of foul play and if we do not find any evidence that foul play was involved than the death would likely be accidental, natural, or suicide,” said Terragni, in a written statement.

“We will never release the name of someone who has died unless we need assistance from the public and releasing the identity would help – this ensures the family will have privacy.  That being said, if we locate someone who was a missing person, we will release that information so that people can stop looking.”

The MyComoxValleyNow.com newsroom has reached out to the coroner’s service for further comment.