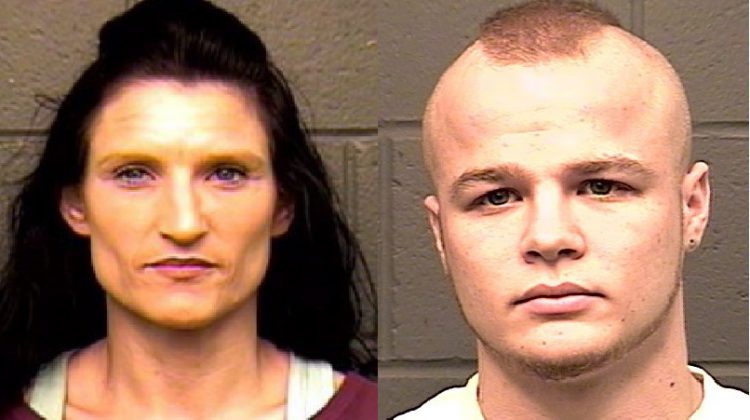 A combined photo of Hacking and Cooper. Images supplied by RCMP.

UPDATE: Hacking is no longer wanted, and will be appearing in court later on this month.

COURTENAY, B.C- The latest wanted notices have been released by the Comox Valley RCMP.

A man and a woman are the two people being searched for by police this week, with the first being Jennifer Louise Hacking, a 33 year old woman. She stands five feet and three inches tall, and weighs 111 pounds. She has dark brown hair, and blue eyes.

She is wanted for theft under $5000, and possession of stolen property.

The second is Cody Aaron Cooper, a 28 year old man. He stands five feet and six inches tall, and weighs 119 pounds. He has blonde hair, and blue eyes.

He’s wanted for breach of recognizance, breach of undertaking, and break and enter.

If anyone has any information on either person, they should contact police.