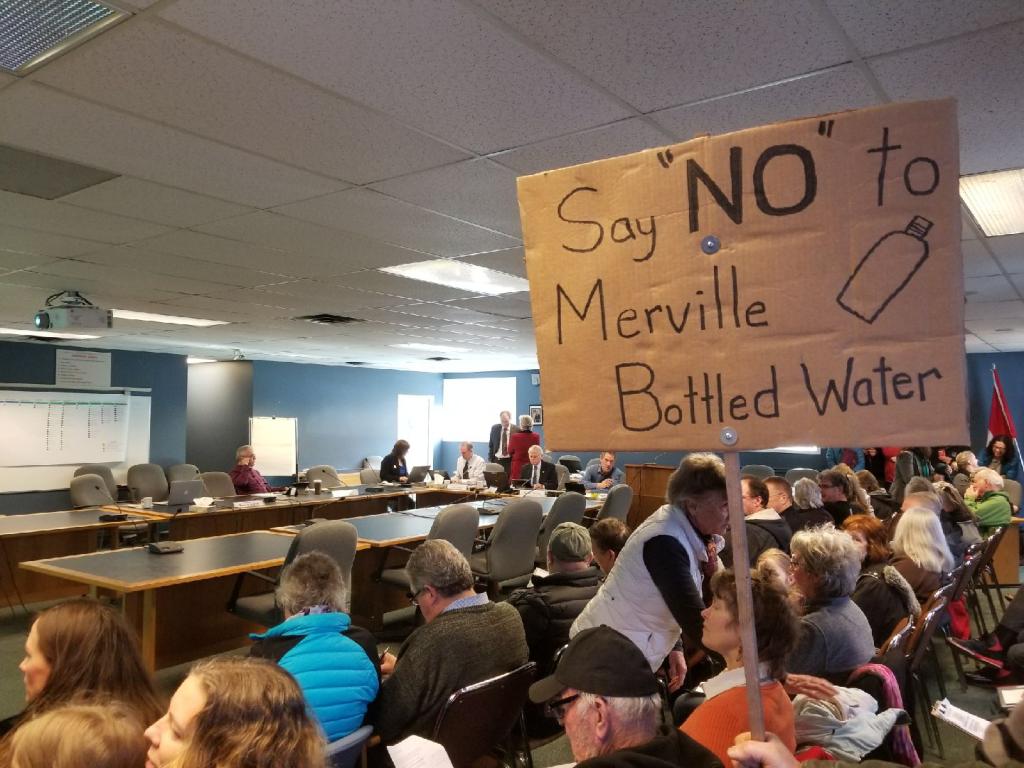 COURTENAY, B.C- A contentious business proposal in the Comox Valley could be denied again next week.

Two residents of Sackville Road in Merville had applied to the Comox Valley Regional District (CVRD) for their property to be re-zoned in order to allow for the development of a water bottling operation, after the provincial government granted a license for water extraction back in November.

If approved, the operation would see the extraction of up to 10,000 litres of ground water per day from the family well of Christopher Scott Mackenzie and Regula Heynck.

Pushback from the community has been organized, with a group called the Merville Water Guardians forming. The proposal has also been met with denial from every meeting held on the matter by various CVRD commissions.

Back in March, the CVRD referred the matter out to local First Nations and various external agencies for their input. The feedback from those groups has now been collected, and will be presented at the next meeting of the Electoral Area Services Committee on Monday morning.

The district’s staff are recommending that the application be denied, after the majority of the feedback received was against the proposal.

“The Advisory Planning Commission Puntledge –Black Creek (Electoral Area C) (APC C) and the Agricultural Advisory Planning Commission (AAPC) both opposed this application. The Agriculture Watershed Planning Advisory Committee: Tsolum River Watershed (AWPAC) stated that it was premature for them to comment on individual application prior to any watershed planning. Nevertheless, the committee has concerns on the cumulative impact of applications such as this on water supply in the watershed. Aside from these comments, staff has received numerous comments from the community. Almost all were opposed to the proposal.

The section with feedback direct from staff mentions a need to protect watersheds and water sources, while recommending denial.

“The proposed land use is incompatible with the surrounding area, and once such land use is permitted through zoning, the CVRD is potentially enabling the use of this property for water bottling at a much greater scale in the future,” read the end of the staff recommendation.

When asked about what he thought of the possible denial, Mackenzie declined to comment.

The meeting will be held at 10:00 a.m. on Monday in the CVRD boardroom.

Image Caption: A resident holds up a sign expressing opposition to a water bottling operation in the Merville area at a CVRD meeting on March 5th, 2018. Photo by Justin Goulet/98.9 The Goat/Vista Radio