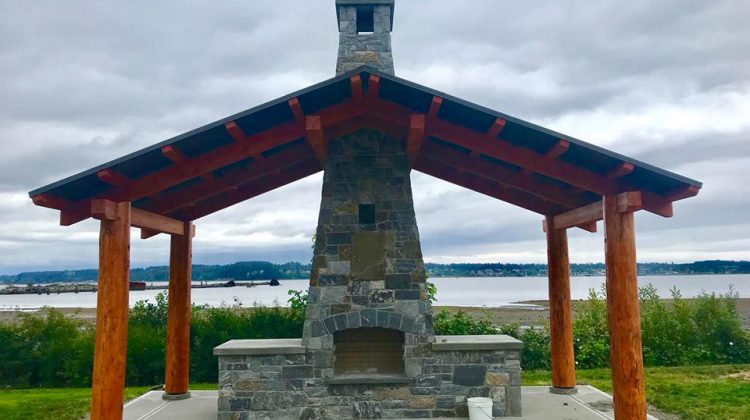 ROYSTON, B.C. – The new outdoor community barbeque in Royston was built to serve as a gathering space for residents. Now, it’s been vandalized.

“I noticed on one of the cement slabs where you do some cooking, that there was some graffiti on there,” he said. Poirier took some photos and posted them to a Comox Valley rant and rave social media page.

“It’s quite an addition to our neighbourhood. They’ve been working on it for about a month and a half now, and it’s just a beautiful piece of art,” he said.

“It’s a terrible thing that it’s been vandalized. The crime seems to be escalating over here.”

Poirier said he had his boat motor stolen recently, and that someone had tried to break into his neighbour’s house.

“The crime level is discerning to me,” he said.

As of Saturday morning, Poirier has yet to report the barbeque vandalism to the Comox Valley RCMP, and noted it’s something he might look into doing.

“The thing with tags is usually the person who tagged has the same style, so maybe with putting this out there, someone will recognize the tag and know who’s done it and the culprit will be caught.”