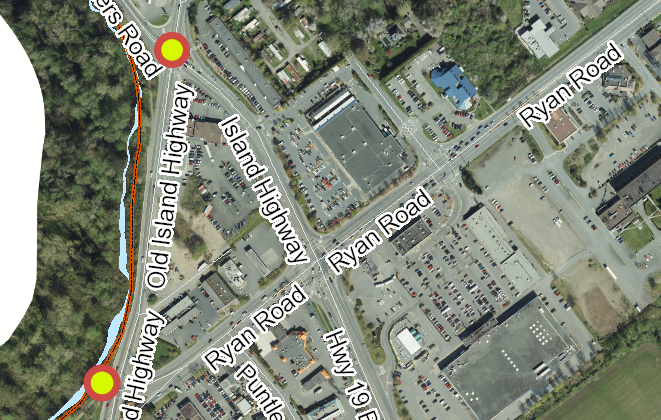 A map of the work areas, courtesy the City of Courtenay.

COURTENAY, B.C. – Commuters are being advised of some roadwork along the Old Island Highway (Highway 19A) later this week.

Crews will be on scene repaving in two places on Thursday, July 12th.

The city stated that there will be noise generated by crews and equipment. Safety signage will be posted, and traffic personnel will be on site directing motorists.

Any questions or concerns can be directed to the City of Courtenay Public Works Department at (250) 338-1525 or via email at [email protected].