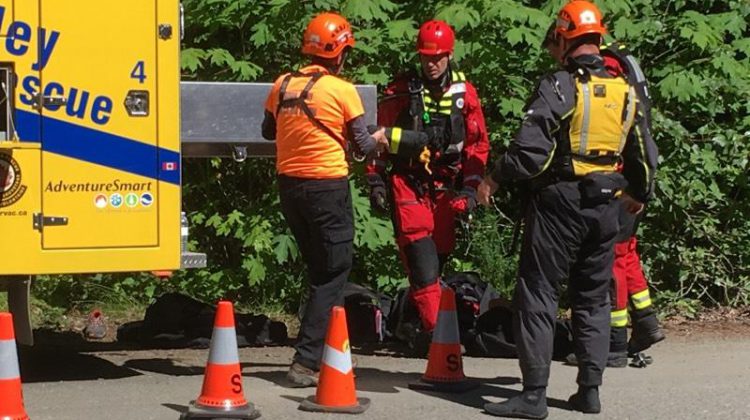 SAR crews gearing up in the Stotan Falls area. Photo by Troy Landreville/98.9 The Goat/Vista Radio.

COURTENAY, B.C. – One person was rescued by emergency crews after being trapped on a rock in the Stotan Falls area of the Puntledge River.

At least two Courtenay fire trucks responded to the scene, with one ambulance, one RCMP cruiser and two rescue command fire vehicles. Crews blocked off the area while the rescue mission was underway.

SAR search manager Win Koch confirmed with MyComoxValleyNow.com that the man has since been rescued and was transferred over to BC Ambulance.

This is the second rescue in less than a week for Comox Valley Search and Rescue.

The team saved a family that included a small child along the Puntledge last Thursday. The family got caught in the fast-moving waters.