Three sent to hospital after motorcycle and car collide 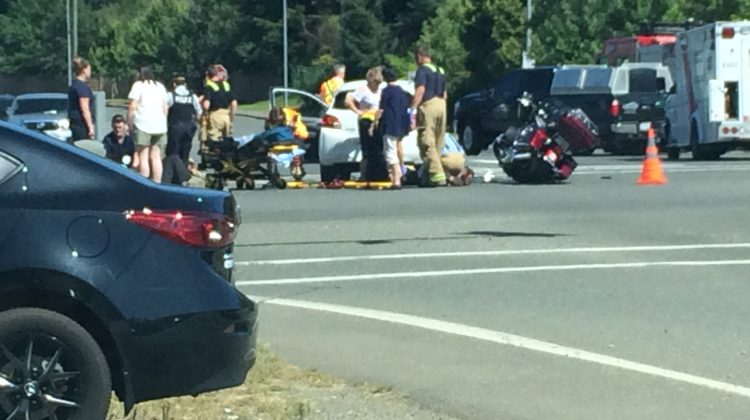 Two people appear to be injured in a crash at Mission Hill and Veterans Parkway. Photo courtesy Lisa Wheeler

COURTENAY, B.C. – Three people were taken to hospital as a result of a collision between a motorcycle and a car at the intersection of Mission Hill and Veterans Memorial Parkway Tuesday afternoon.

The Courtenay Fire Department received a call at roughly 3:20 p.m. on July 17 and upon arrival, the passenger and driver of the motorcycle and the driver of the car were all conscious and alert, said Deputy Fire Chief Training Officer Dennis Henderson.

Paramedics treated the accident victims on scene before they were transported to the hospital for further observation.