Homeless seniors in Comox Valley on the rise: report 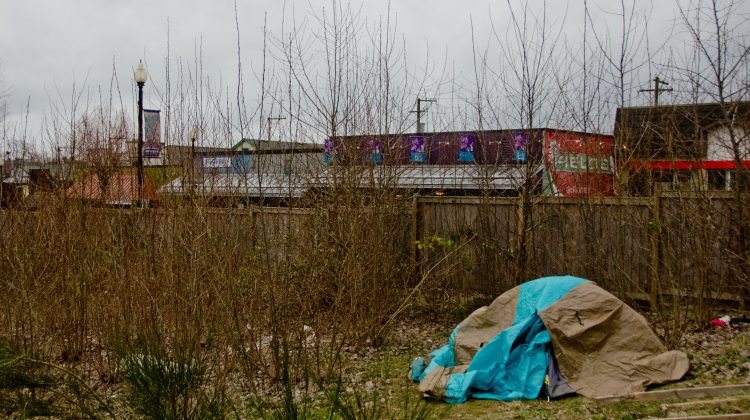 COMOX VALLEY, B.C. – The number of  seniors without shelter in the Comox Valley has jumped significantly over the past two years, according to a report released Wednesday by the Comox Valley Coalition to End Homelessness.

Seniors (people aged 55-plus) made up for 29 per cent of the 117 respondents who counted themselves as having experienced homelessness.

The findings were determined from a 24-hour count conducted throughout the Comox Valley on March 7. 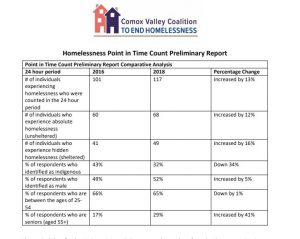 “It is important to note that these numbers are just a snapshot of homelessness in our community as we survey those who identify as being homeless within a 24 hour period,” noted Comox Valley Coalition to End Homelessness coordinator Andrea Cupelli. “We know there are many more community members out there who experience homelessness.”

Cupelli said the coalition held ‘magnet’ events where people could get free food, services such as haircuts, footcare, and even a veteranarian for those with pets in Courtenay, Cumberland, Denman and Hornby Island.

“We had outreach teams surveying people on the streets in the early morning and late evening throughout known areas in Courtenay, Comox and even surrounding communities in the CVRD such as Union Bay,” Cupelli explained.

The City of Courtenay  is leasing city-owned land at 988 8th Street to BC Housing and the provincial government to accommodate 46 units of supportive housing, with 24/7 support for people experiencing mental health and substance abuse issues, or having challenges finding shelter for long periods of time.