No injuries after minor house fire in west-end Courtenay 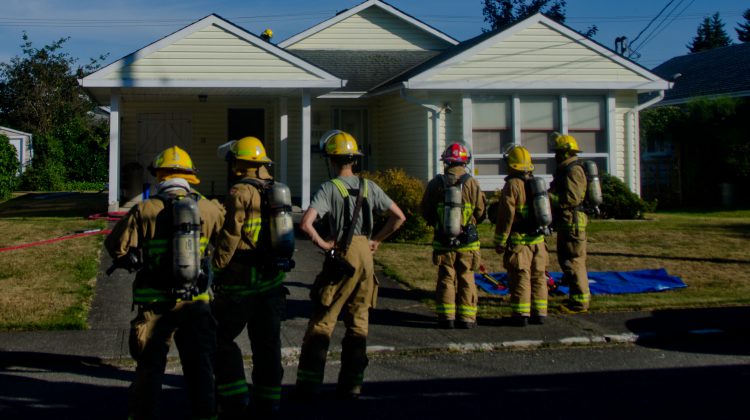 Members of the Courtenay fire department stand outside a home while responding to a house fire call on 25th Street on July 21st, 2018. Photo by James Wood/98.9 The Goat/Vista Radio

COURTENAY, B.C- An elderly woman won’t be able to stay in her home after it caught fire today.

According to Greg Lamb with the Courtenay fire department, the flames began on the outside of the home’s back deck, which was located along 25 Street.

When firefighters arrived around 6 p.m, they found a neighbour putting water on the fire, along with light smoke coming from the rear of the building.

The woman was the lone resident of the house home at the time, and she managed to get out of the building after being notified about the fire.

Lamb said the fire was not suspicious, with the exact cause still under investigation.

“The most recent one on 26 Street was not suspicious as well.”

The home is not liveable right now, and Lamb said the woman would be using the services of ESS. The home has smoke damage, and interior damage from the flames coming in through the window.

Lamb believed the damage would be fixable.