Drought levels on the rise across the West Coast 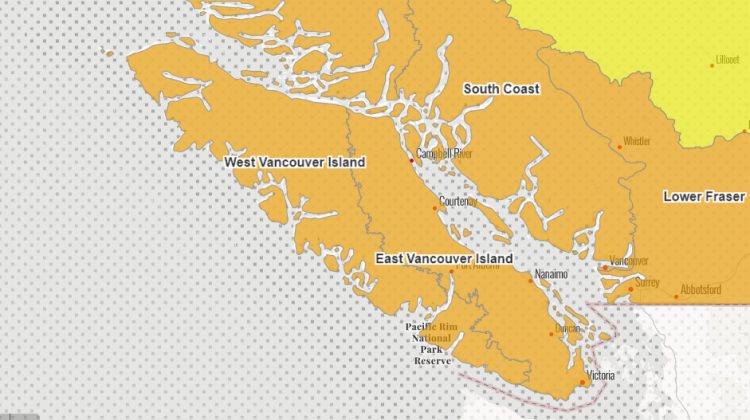 VICTORIA, B.C- British Columbia’s government has announced a rise in drought ratings across the west coast.

According to the announcement, most of the province’s coast has gone up to a Level 3 hydrological drought rating.

Level 3 drought conditions call for voluntary water-use reductions from all surface water and groundwater use, and the provincial government is aiming to help fish-bearing streams.

“The Province has identified a number of important fish bearing streams on Vancouver Island that are approaching critical environmental flow thresholds for ecosystems and fish,” read the announcement.

“These include, but are not limited to, the Koksilah, Chemainus, San Juan and Salmon Rivers. Maximum water conservation is encouraged in these and other low-flow watersheds. Ministry staff will continue to monitor river levels and angling closures may go into effect if the warm temperatures continue to negatively impact stream flows and water supplies.”

The province indicated that if voluntary reductions are not sufficient to maintain flows, water usage might be regulated under provincial legislation.

“Specific actions could include the temporary suspension of water licences or short-term water approvals to restore flows to minimum critical levels in the affected streams,” read the announcement.

“Water users on all streams are reminded to ensure that water intakes are screened to the Department of Fisheries and Oceans standards to prevent fish from being pulled into water systems as water levels drop. Low water levels can impede the passage of salmon, increase susceptibility to disease, or cause stranding or death due to low oxygen and high water temperatures”

Residents are also encouraged to abide by their local water conservation bylaws.