Comox legion aims to open its doors to public 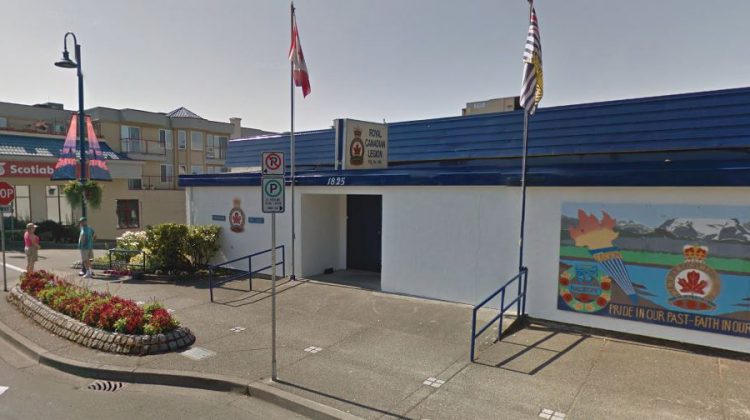 The Comox Legion is looking to transition its liquor license. Google Maps image

COMOX, B.C. – The Comox Legion is looking to open its doors to everyone, to make up for flagging membership.

To do so, the legion is applying to transition its liquor license from primary-club to primary.

This will allow visitors who aren’t legion members to enter the legion at 1825 Comox Ave., without having to be signed in by a legion member.

The proposal will maintain a ‘members only’ section and will also allow for a general public section.

On Wednesday, Legion president John Paulin spoke to the Town of Comox Council members about the efforts into re-orientating the legion into a profitable model that is relevant to the community.

This, he said, will involve changing the notion of legions as “beer halls for old people.”

“The removal of the club endorsement on the liquor license will permit the public to freely come into the legion and give the branch an opportunity to show those new customers and potential members just what legions do in the community, the province, and the country,” said Paulin.

He added that showing that the legion is a not-for-profit society and “not just a lounge” will go a long way into convincing people to take up new memberships.

Paulin touched on the legion’s contributions to the community: “Over the past 79 years the Comox legion has made many efforts to support the Town of Comox. This legion branch has contributed over $46,000 to the veterans, seniors, and local organizations in 2017.”

He said changing the designation will create full-time jobs in the community, and create a gathering facility for people and charity organizations to hold events such as banquets, concerts, fundraisers, lectures, and weddings “with far less restriction and permit requirements.”

Paulin believes the liquor primary license will provide an added amenity for liquor service to the public.

Comox mayor Paul Ives said legions across the country are struggling and “this one’s probably no different.”

“They’re looking at redevelopment of that site at some point but for now they just want to open up the ability to have more customers and I suspect they’ll get approval for that and we’ll see how it goes,” Ives said. “They are certainly an active group here and they want to make sure they remain viable as long as they can.”

The application will come before council again on Sept. 5.