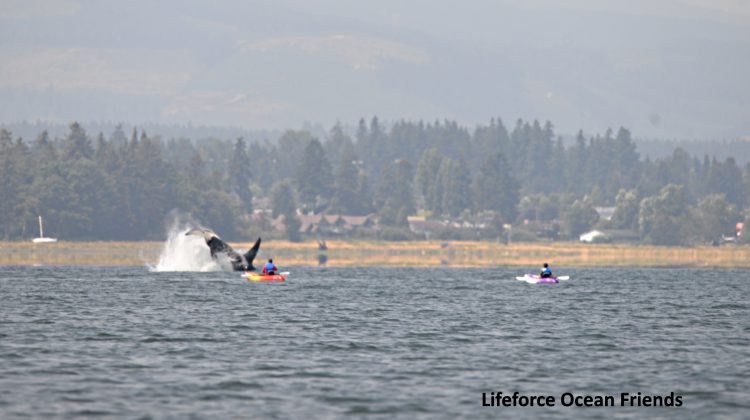 According to Peter Hamilton, the founding director of LifeForce Ocean Friends, boaters, kayakers, and paddleboarders repeatedly violated a distance limitation around the orca that visited Comox Harbour over the past two weeks.

The whale left the harbour yesterday, after being lured out by Department of Fisheries and Oceans (DFO) staff with recordings of other orcas it was familiar with.

While it had been present in the harbour, hundreds flocked to the shorelines and onto the waters around both Royston and Comox to catch a glimpse of the whale.

This led to some people getting closer than they should have, with a minimum of 200 metres distance meant to be respected when it came to orca watchers.

Hamilton said there were “a lot of problems” with that distance not being followed, and DFO boats later came by to inform people of the rules.

He told the MyComoxValleyNow.com newsroom that his organization is forwarding complaints to DFO, along with photographs showing the distance rule being broken.

The newsroom has also reached out to the DFO for any word about possible enforcement actions, such as fines for residents who broke the distance rule.