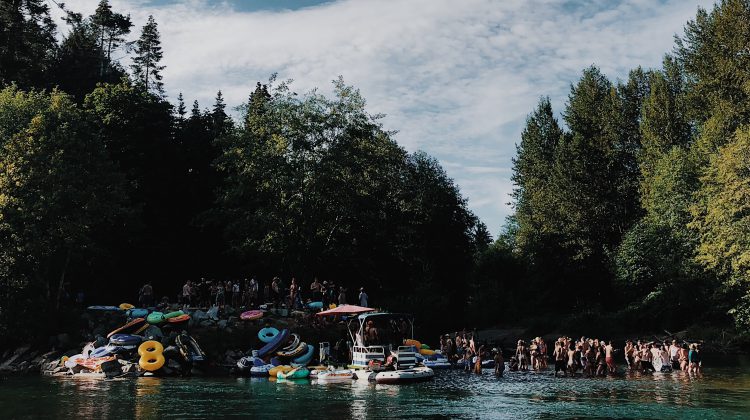 A wedding party celebrating along the Puntledge River on August 5, 2018. Photo by James Wood/98.9 The Goat/Vista Radio

COURTENAY, B.C. – Puntledge tubers may have encountered a party this weekend.

A young couple tied the knot this weekend in the Comox Valley, with the fun beginning on Saturday.

To celebrate, newlyweds Roco Newson and Clayton Frank rented a large moving truck to carry about 100 tubes to the start of the popular trail on Sunday, August 5th.

The wedding party floated down the river starting at around 1:30 p.m. up to the bend at Condensory Road in Courtenay, on the Puntledge RV Campground side.

There, a party barge met up with the group, according to Patrick Graham, one of the participants.

With music blasting and the sun shining, the bride tossed her bouquet off the party barge into the waiting hands of friends in the water.

Graham said a farmer’s field had been set up off the river to host the party.

“After the river we all headed back to the field that they had set up with a giant teepee and catered Indian food,” Graham said.

“Just in time for sunsets, food and more dancing,” he said.

The MyComoxValleyNow.com newsroom has reached out to the bride and groom for comment. 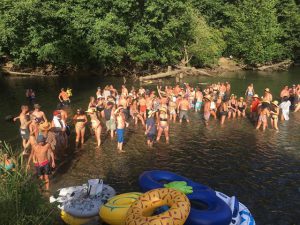 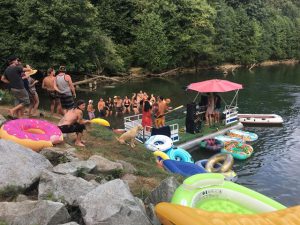