Truck destroyed by fire on Highway 19 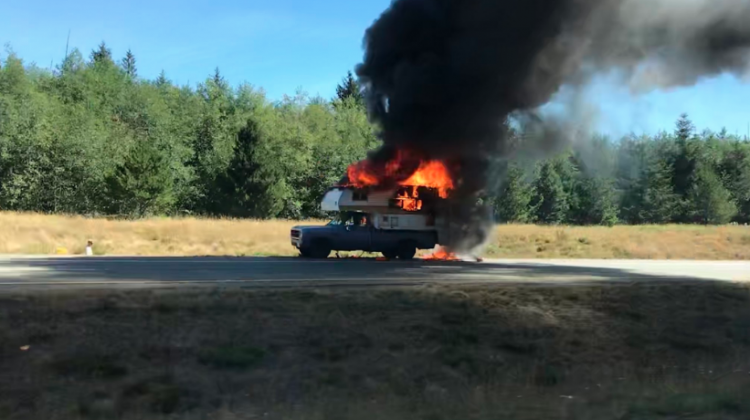 QUALICUM BEACH, B.C. – No injuries have been reported after a truck and camper caught fire along Highway 19 Monday afternoon.

The incident happened just north of the Nile Creek area, and caused a major backup on the highway, shutting down the northbound lanes. 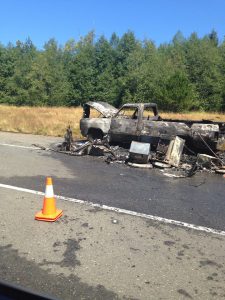 The Deep Bay Volunteer Fire Department responded and knocked down the flames. One listener told MyComoxValleyNow.com that flames had spread to grass behind the truck.

As of this publication, emergency crews have knocked down the fire.

The scene should be cleared shortly, as traffic moves through one lane as of 1:30 p.m. A tow truck has been called in to collect the destroyed vehicle.

The MyComoxValleyNow.com newsroom has reached out to the Deep Bay Volunteer Fire Department for more details.

No injuries have been reported, and the cause of the fire is not known.