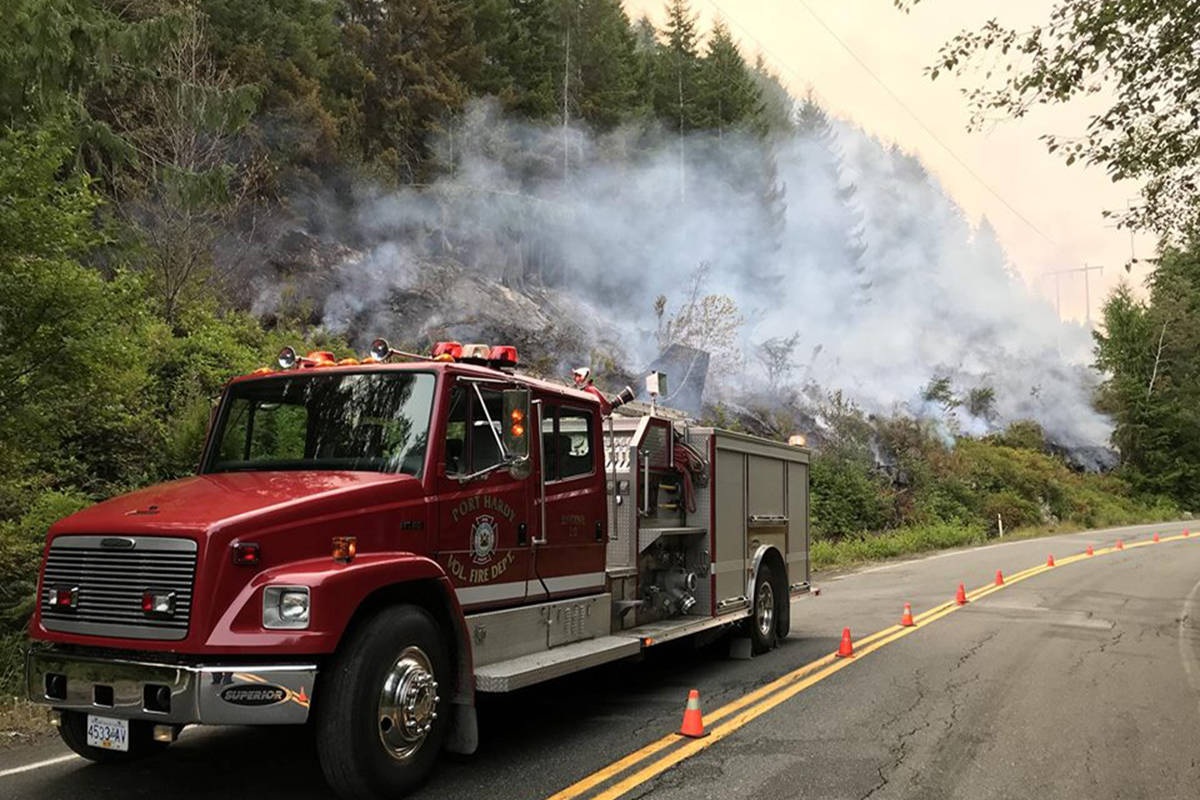 15 firefighters are on the scene of the 15-hectare fire, along with one piece of heavy equipment and a helicopter, according to the Coastal Fire Centre.

Fire Information Officer Lynne Wheeler said as of Tuesday afternoon, they do not see any immediate threat to residents on the reserve.

The Pinder Creek Fire, along the Zeballos Forest Service Road, is listed at 200 hectares in size.

According to the wildfire service, 17 firefighters are working at that site, alongside two pieces of heavy equipment and three helicopters.

“The focus is on protecting the road and the hydro structure,” Wheeler said.

She noted that there are intermittent road closures as tree fallers work to get the burning trees away from the route.

A blaze burning at Larry Lake, near Port Alice, is 10 hectares and is one of the wildfire service’s fires of note. That fire has 29 firefighters on scene, with the local department working nights to contain the burn.

Crews have come in to assist from the Port Hardy Fire Department.

That blaze is burning near Highway 30, the main route into Port Alice.

“It’s important to mention that it isn’t the only road into Port Alice, there’s an alternate (logging) route that people can take,” Wheeler said.

She said that the wildfire service plans to do a scan of all the fires across the region to create an updated map of their locations within the next few days.