Advocates raise another potential alternative to the Malahat 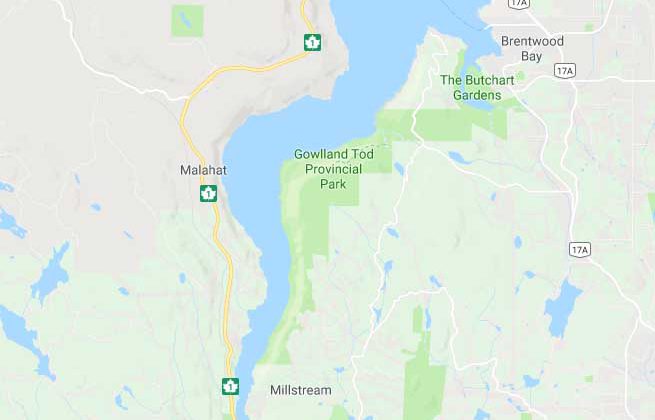 This is Finlayson Arm, the body of water that proponents suggest the bridge will cross...if it's built.

SAANICH INLET, B.C- With the Malahat shutdown for eight hours earlier in the week, alternatives to the notorious travel corridor are under the microscope.

Along with the ideas of recommissioning the E & N railway from Nanaimo to Langford and a ferry taking travellers from Cowichan Bay to Patricia Bay; advocates support the idea of a bridge over the Finlayson Arm section of the Saanich Inlet.

“We’re growing and Victoria’s growing and a lot of the resources we need are over there, for example, the cancer centre, the airport and the ferries,” said Dougherty. “We have ferries in Nanaimo as well, but we need to be better connected.”

Dougherty supports the idea of building a bridge over the Finlayson Arm section of the Saanich Inlet and says having to use the Malahat feels like an emergency situation.

“In a way, it’s an emergency situation and you put your panic hat on,” said Dougherty. “You go through your head, do I have enough water for my child whose in the backseat cooking, do we have enough food for the next three hours (while I sit here)?

Dougherty added, “maybe people have medication they need to take, maybe they are in an emergency situation, they’re going to have a baby. There are people sitting in that traffic and it feels like an emergency and that’s every single time.”

Advocates say the proposed bridge would be 300 feet above the water, have four-lanes of traffic on the deck, and a lower deck meant for pedestrians.

The Ministry of Transportation and Infrastructure has conducted a number of studies connected to building a bridge, with no results.