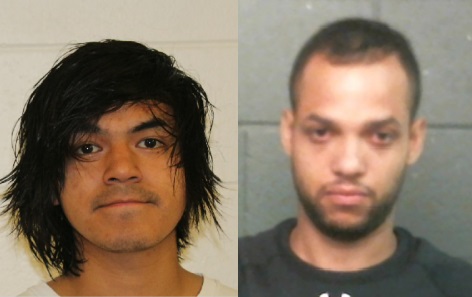 Jesse Elphege Lemieux and Leonardo Averhoff are pictured in a pair of police handout photos.

COURTENAY, B.C- A pair of men have had wanted notices issued this week.

According to the notice from the Comox Valley RCMP, the first man is 23 year old Jesse Elphege Lemieux. He stands six feet tall, and weighs 146 pounds with black hair and brown eyes.

He’s wanted for failing to complying with probation, theft under $5000, possession of a weapon for a dangerous purpose, uttering threats, causing a disturbance, failing to appear in court, breach of recognizance, and mischief under $5000.

If anyone has any information on either person, they’re asked to contact the RCMP.