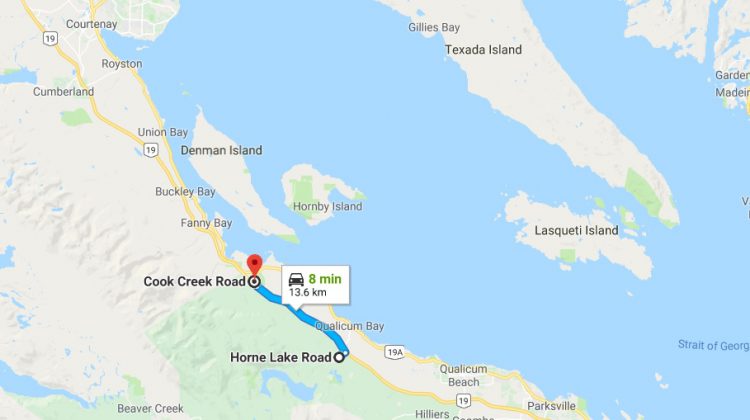 A map of the filming location.

COURTENAY, B.C- Filming for a movie featuring Sonic the Hedgehog has been moved further south from the Comox Valley.

Earlier in the summer, the City of Courtenay was approached by the Vancouver Island North Film Commission, and was asked to support a temporary closure of Highway 19 from Cumberland to Buckley Bay over four days in September.

The shut-down would have been from September 10th to 14th, taking place each morning for around three hours. The filming, which was for a car chase scene, had been moved closer to the Valley communities due to planned paving.

However, a new announcement from the province has pushed that filming south once more.