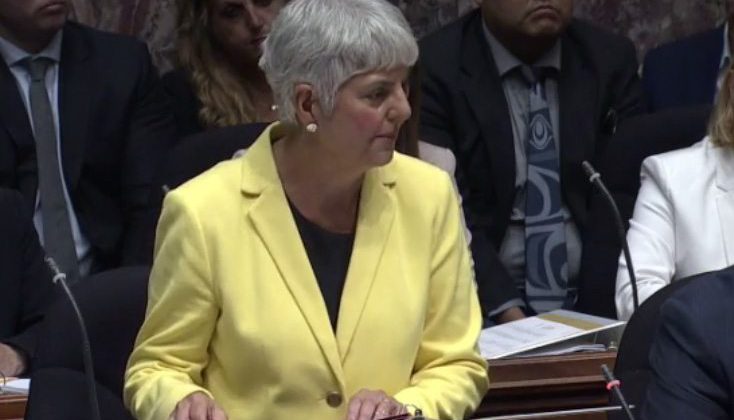 VICTORIA, B.C- The provincial Minister of Finance said the day of reckoning is here and the goal is to work on solutions to keep rates affordable at BC Hydro.

Carole James has given us an update on the budget and the focus this time around was on fixing problems at BC Hydro.

She said the previous government inappropriately interfered with the BC Utilities Commission and took money from BC Hydro to balance the books.

As a result, she said, “We’re making an adjustment of 950 million dollars in our public accounts to begin to address the previous government’s misuse of deferral accounts and to start to fix, what I believe, are short-sighted decisions that they made.”

“In the months ahead, you’ll see that we will begin to work on solutions to keep Hydro rates affordable for people today and into the future and to maintain the fiscal strength of BC Hydro,” she said.

As for the budget accounts, the audited financial statements show an operating surplus of 301 million dollars, 55 million dollars higher than the surplus forecast in the Budget 2017 Update.