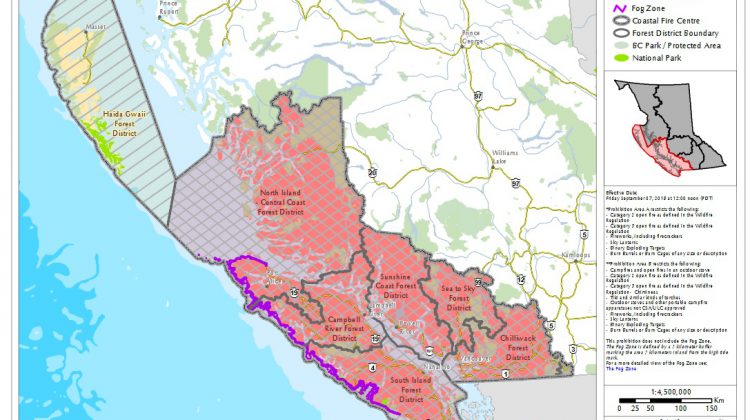 A map of the existing bans.

VANCOUVER ISLAND, B.C- Campfires still banned throughout most of the West Coast.

According to an announcement from the provincial government, campfire bans are being lifted in the Prince George Fire Centre, Cariboo Fire Centre and Kamloops Fire Centre due to a change in the weather.

However, the Coastal Fire Centre still has restrictions in place.

The following activities remain prohibited throughout the Coastal Fire Centre, except in the fog zone on Vancouver Island:

Chimineas, tiki torches, stoves and portable campfire devices that are not CSA-approved or ULC-approved can be used only in the fog zone and on Haida Gwaii.