Evacuation order issued in Zeballos due to landslide risk 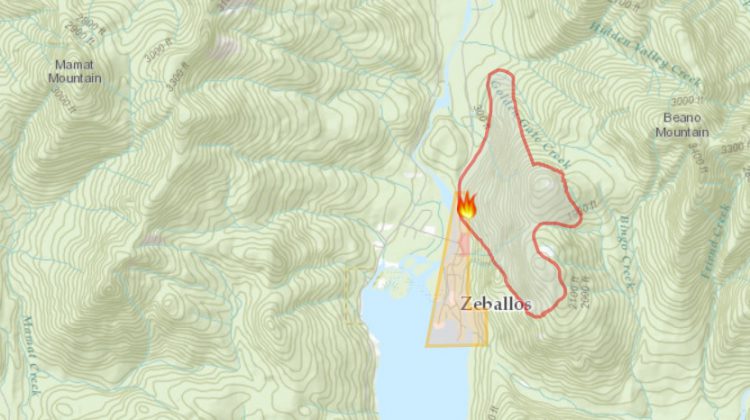 The extent of the fire is seen on the BC Wildfire Service Map on September 7th, 2018.

ZEBALLOS, B.C- As rain moves in across Vancouver Island, risks to homes in Zeballos appear to have moved from fire to landslides.

Official confirmation from the authourities is not available at the time of this publication, and there have been no announcements via the municipalities website or their emergency program Facebook page.

However, according to a Facebook post by Ernest Smith, a resident of the area who has been providing updates on the village’s fire situation as it developed, an evacuation order for his home was put in place by the village authourities.

He indicated it would take effect at 8 a.m.

Smith told the MyCampbellRiverNow.com newsroom that the village called affected households around 6:00 p.m., with multiple residences along the eastern side of town at the foot of the mountain affected.

He estimated around half a dozen homes were covered by the order, as well as the Cedars Inn, a local hotel.

The Gold Valley Main fire had been burning heavily on the mountainside, and Smith said that he had already heard of debris coming down the slopes this evening.