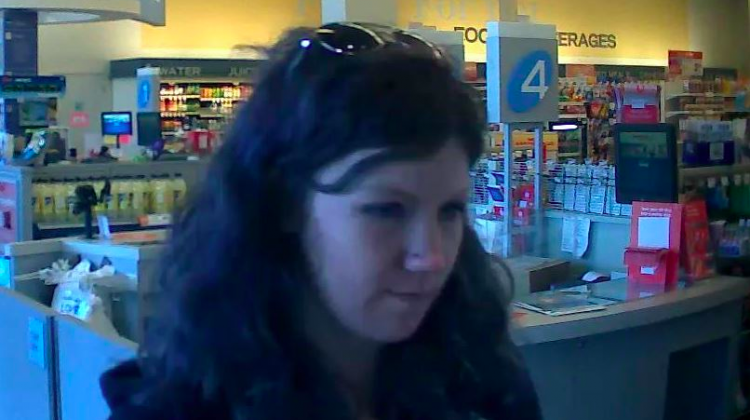 COURTENAY, B.C. – The Comox Valley RCMP received a report of a theft from a vehicle in the Mt. Washington area between August 31st and September 3rd.

According to the report, an unknown suspect broke the side window of a vehicle and stole items, including credit cards.

Crime Stoppers has released an image of a woman using one of the stolen credit cards at a Shoppers Drug Mart in Campbell River.

The date of when the card was used was not disclosed.