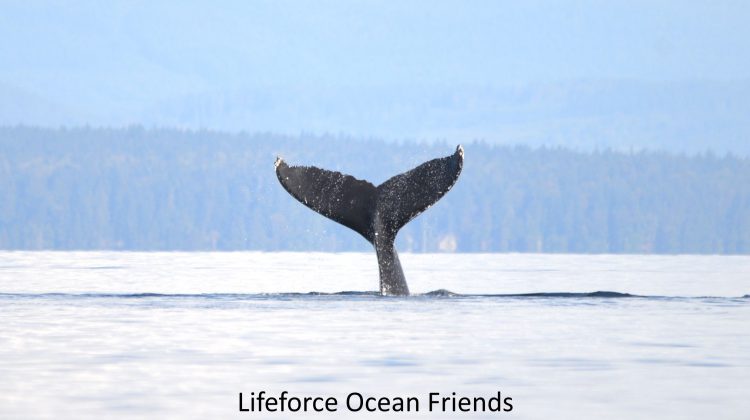 One of the humpback whales off Kitty Coleman Beach on Sunday. Photo by Peter Hamilton/Lifeforce.

According to Lifeforce’s Peter Hamilton, the whales were in the area for about an hour.

Hamilton said there have been 20 or so humpback whales sighted off the coast from Comox to Campbell River. He said the population is recovering after near-extinction caused by the whaling industry.

He also said there were 6 orcas off Cape Lazo earlier on Sunday.

Lifeforce is a Vancouver-based ecology non-profit; they aim to raise awareness about the interrelationship between people, animals, and the environment.