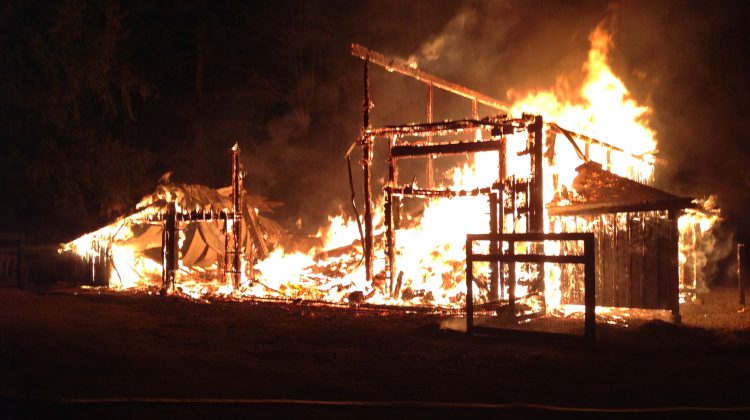 A photo of the fire, courtesy of the Oyster River fire department.

According to Oyster River fire chief Bruce Green, the department was called out to a structure fire along Surgenor Road around 2:30 a.m., where they found a barn fully engulfed by fire on arrival, with the roof fallen in.

Through mutual aid with the Courtenay fire department, firefighters were able to knock down the fire and contain it to the barn. The structure was destroyed, and it’s believed that a number of chickens and goats unfortunately perished in the incident.

Green indicated that it was too soon to say about what caused the fire, and the investigation is ongoing.

He thanked the Courtenay fire department, as well as BC Ambulance, for their assistance in the call.