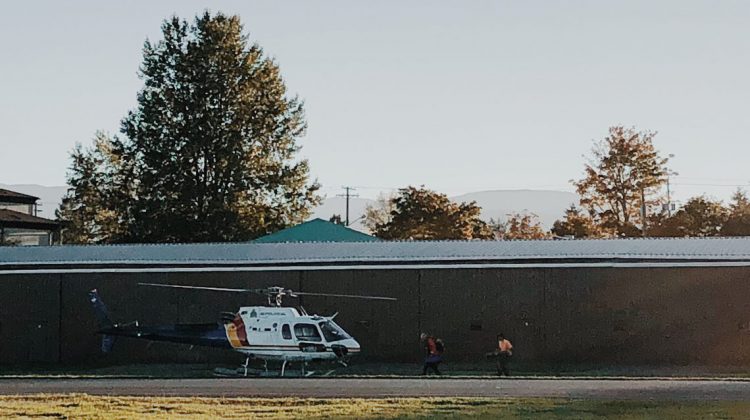 According to Paul Berry, the president of Comox Valley Ground Search and Rescue, the call came in for assistance around 5:30 p.m. A 17 year old girl who had been part of a hiking group had sustained an undetermined injury during the day.

An RCMP helicopter picked up two members of the team, and flew them out to where the girl had stopped on the mountain trail. The team assessed her, and had her flown back to the Courtenay Airpark, where she was transferred to ambulance.

The operation was around 45 minutes in total, and Berry said it went smoothly. The injury had come earlier in the day, when the woman had tripped over a backpack. It had been further aggravated by continued hiking, in an effort to summit the mountain.

“Going up, but as soon you start, particularly a knee, as soon as you start descending any sort of steep terrain, it becomes clear that something is significantly wrong.”

Berry said the group had stopped and called for help as soon as they knew something was wrong.

“You always need to go into the back country prepared,” said Berry.

“This group was well-prepared. They did have a satellite phone and were able to use that to communicate out directly to RCMP, to 911, and to effect their own rescue. Too often, we see groups or individuals travelling into the backcountry, even in Strathcona Park, believing that they’re going to have cellphone access. That’s usually not the case.”

Berry said that a satellite phone or an emergency beacon is a necessity when hiking into the backcountry.