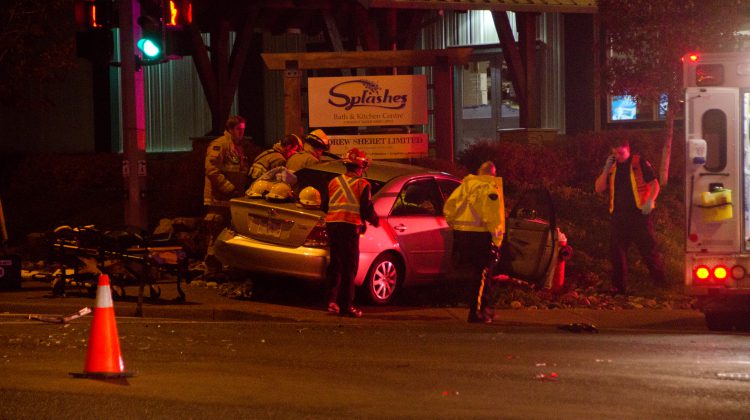 A silver car is worked on by Courtenay firefighters after a crash at 29th Street and Kilpatrick Avenue on September 29th, 2018. Photo by James Wood/98.9 The Goat/Vista Radio

COURTENAY, B.C- Two people are in hospital after a crash in Courtenay on Saturday night.

The crash occurred around 9 p.m., in the intersection of 29th Street with Kilpatrick Avenue. Two vehicles were involved, with a silver car ending up in the north end of the intersection near a sign and a blue SUV in the south end with front-end damage.

According to Fire Captain Greg Lamb, firefighters assisted with extricating one person from their vehicle, and two people were taken to hospital.

There were no major injuries reported from the scene.