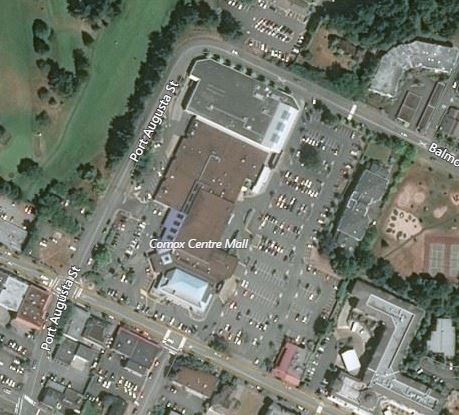 COMOX, B.C. – It looks like the wheels are in motion for a recreational cannabis store landing in the Comox Mall sometime the future.

But it’s not going to arrive on Oct. 17, the day sales of licensed recreational marijuana becomes legal in Canada.

“I just spoke to our planning department,” Comox Mayor Paul Ives told the MyComoxValleyNow.com newsroom. “They know generally that there may be an application coming forward.”

Part of the mall was rezoned to pave the way for a recreational cannabis store to operate on that piece of property.

“That’s all been passed as of a week or so ago,” Ives said.

“At this point we haven’t got an application but you must remember that this has got to come through the Provincial Liquor Control and Cannabis Board, first,” Ives said. “They’ve got to make their application to them, and then the… board will refer that to us for comment. Very much the same way a liquor license is dealt with.”

Ives said if an application comes through the board, the Town of Comox will then seek public input on it.

Among the regulations, if an application is submitted, is that:

The day recreational pot becomes legal on Oct. 17, the one and only brick-and-mortar cannabis store in the province will be located in Kamloops.