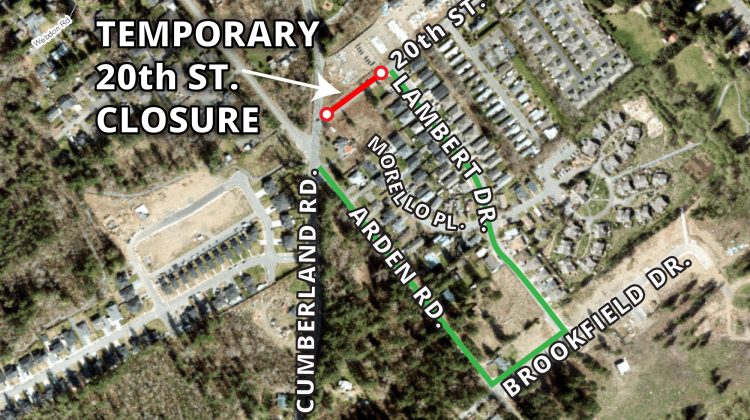 COURTENAY, B.C. – A section of 20th Street between Cumberland Road and Lambert Drive is closing for road construction and realignment work .

The road will reopen by Oct. 18, weather permitting.

The work, being done by Leighton Contracting, will include new curb, sidewalk and asphalt paving on 20th Street, as the road is realigned at the entrance to Cumberland Road.

The new 20th Street alignment will add a slight curve to the top end of 20th Street to shift from the current angled entrance to Cumberland Road to a 90-degree entrance.

Commuters will be detoured via Lambert Drive and Arden Road. Signage is in place around the work zone.

According to a City of Courtenay release, traffic control personnel are on site to assist all commuters, including cyclists and pedestrians.

The old pavement and curbing in the decommissioned area of 20th Street will be replaced with soils and grass seed.