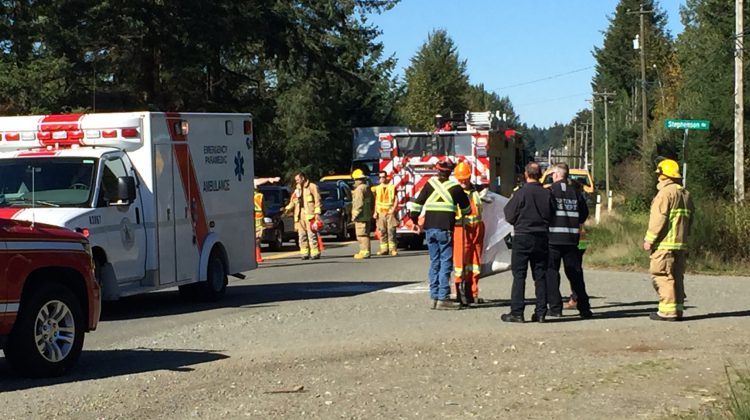 The scene of the crash. Photo by Troy Landreville/98.9 The Goat/Vista Radio

MERVILLE, B.C- A postal driver was ticketed after a traffic collision this morning.

According to the Comox Valley RCMP, police responded to a collision along the Old Island Highway at Stephenson Road around 11:50 a.m.

It was determined that the driver of a Canada Post minivan, which had been turning onto the highway from Stephenson Road, failed to yield to an oncoming motorcycle.

The driver of the van was given a violation ticket at the scene.

The rider of the motorcycle was taken to hospital with injuries, though they were not believed to be life threatening.

Traffic along the highway was briefly shut down while the incident was dealt with by first responders, and quickly re-opened once the scene was cleared.