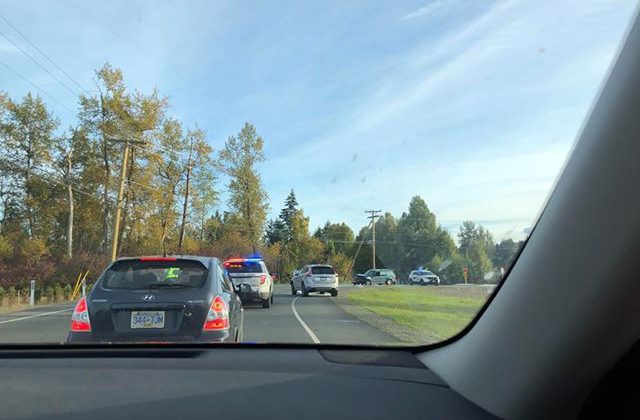 A listener-submitted photo of the crash.

The crash was around 4:30 p.m. at the intersection of Headquarters Road with Piercy Road, and involved a Ford Explorer and an SUV, according to the Comox Valley Record.

The newspaper report stated that the drivers of the vehicles were taken to hospital with non-life threatening injuries.

The cause of the crash remains unclear.