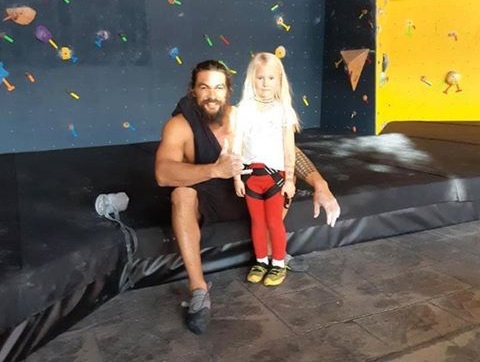 Apple TV’s See takes place in a future where the human race has lost all sense of sight. Society is forced to adapt and find new ways to survive, but that all changes when a set of twins with sight is born.

Earlier in the year, background actors were being sought to take part in the filming. Production is believed to be taking place in the Campbell River and Gold River areas, based off an earlier casting notice for the series.

Open casting calls were held in the summer.

Momoa has been spotted in Campbell River over the past few days, along with a stunt double.

On Tuesday, October 9th, he posted a photo to his Instagram page where he appeared to be at Painter’s Lodge, a lodge in the north end of the city.

Multiple Campbell River residents have reported seeing him since, with encounters at local restaurants and a climbing gym, as well as the seaside walk.

A request for comment has been sent to the production for more information on the project.