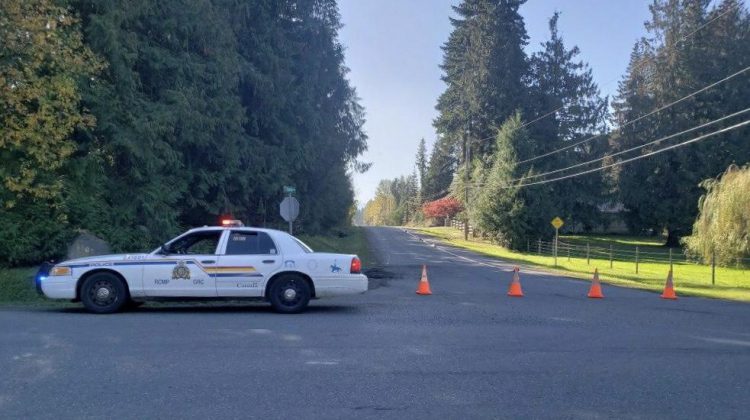 A police barricade set up on Arnett Road. Photo by Lena Pawluk/98.9 The Goat/Vista Radio

COURTENAY, B.C. – No injuries were reported, but a trailer was completely destroyed by fire earlier this afternoon.

The Courtenay Fire Department, Comox Valley RCMP and BC Ambulance responded to a report of a structure fire on Arnett Road, just off of Marsden Road, at around 2:00 p.m. on Saturday, October 13th.

“What we had was a single family residence, a trailer, and the fire started in the living room area. The owner was away, but came back and found the fire,” said Courtenay Fire Chief Don Bardonnex.

“He was the sole occupant and was uninjured. We had 22 personnel on site, and the fire spread a little bit to a shed beside it (the trailer).”

Bardonnex added there were some pigs on the property, but none were injured.

The exact cause of the fire is not known.