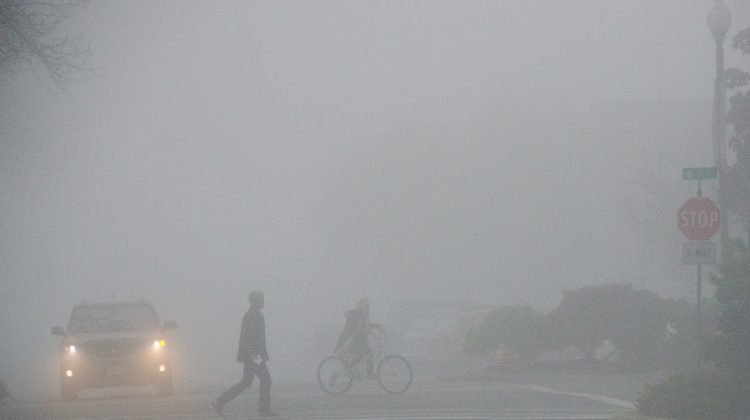 Foggy conditions are pictured in downtown Courtenay on the morning of October 11th, 2018 in a file photo. Photo by James Wood/98.9 The Goat/Vista Radio

VANCOUVER ISLAND, B.C- Fog is rolling in across eastern Vancouver Island this evening.

Enviroment Canada has issued a fog advisory for the regions between Campbell River and Nanoose Bay. Near zero visibility in fog is expected or occurring over some areas.

“Widespread fog will develop tonight over most of the BC south coast,” read the advisory.

“Some regions over Vancouver Island and Sunshine Coast may experience visibility reduced to near zero in dense fog. The fog is expected to dissipate Saturday morning and then redevelop Saturday night.”

The fog could significantly obscure visibility, and could suddenly reduce it to near zero. Travel is expected to be hazardous.

“If visibility is reduced while driving, turn on your lights and maintain a safe following distance.”