Baird re-elected as mayor of Cumberland 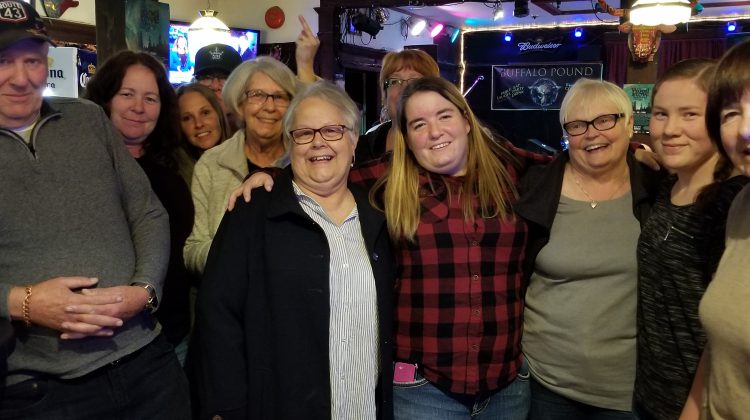 Leslie Baird with supporters after being re-elected as mayor of Cumberland on Oct. 20, 2018. Photo by Justin Goulet/98.9 The Goat/Vista Radio

CUMBERLAND, B.C. – A familiar face will be sitting in the mayor’s seat during Cumberland’s next council term.

Leslie Baird has been re-elected as mayor of the village. This is Baird’s third consecutive term as mayor, having first been appointed in 2011.

“It feels absolutely amazing. It is a good feeling,” Baird told MyComoxValleyNow.com at the Cumberland Hotel, where she was celebrating with supporters.

This year’s election marked the first time since being elected mayor in 2011 that Baird went up against an opponent, Eduardo Uranga.

“It felt really good actually, to be going out and going door-to-door knocking on doors and talking to people. People were so positive and friendly, and it was a very nice atmosphere to be campaigning in,” she said.

Sullivan, Sproule and Ketler are all returning councillors. Kishi was not re-elected.

“There are so many projects that we’re in the middle of doing, such as waste water treatment and getting our light industrial area promoted. We have such a bright future, and it’s really beginning to take place,” she said.

Kishi said although the results did not turn out as he had hoped, he still “feels good”.

“I think everybody who was running was working towards the benefit of the village.”

He said he was disappointed, but things are going to “keep moving forward”.

The unofficial numbers are as follows: