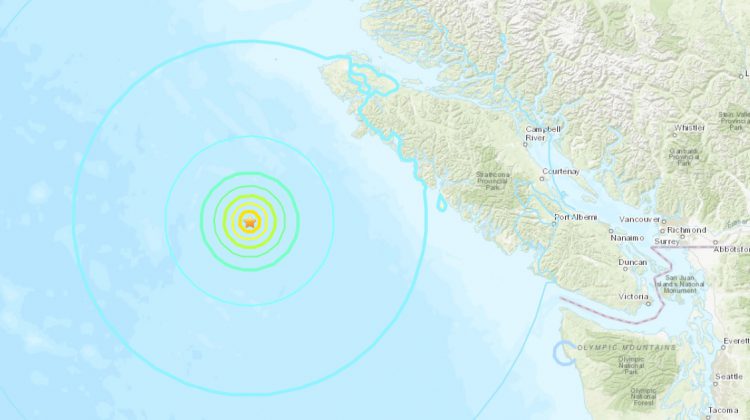 A map of the quake's zone.

The quakes ranged from 6.8 to 4.9 in magnitude, and struck in an area around 200 kilometres southwest of Port Hardy on the island’s north end.

Natural Resources Canada reported three quakes 200 kilometres west of Vancouver Island ranging from 6.8 to 6.5. There were reports of light shaking, but damage or a tsunami was not expected.

The United States Geological Survey (USGS) reported four quakes, with the first hitting 6.6 magnitudes at a depth of 11 kilometres around 10:39 p.m., while the second was a 6.8 at 10 kilometres deep around 11:15 p.m.

They say there are a few reports of light shaking but no damage or tsunami is expected.

The quakes took place close to one another, with a range between 223 and 197 kilometres southwest of Port Hardy.

No tsunami warnings have been issued.