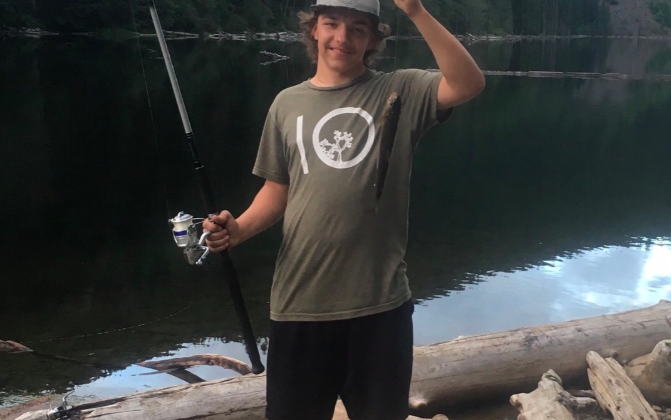 Cameron Spies was diagnosed with brain tumor on Thursday and is now in surgery at the B.C. Children's Hospital. Photo courtesy of Breanne Lascelle.

CAMPBELL RIVER, B.C. – A local teenager is asking for help after getting diagnosed with a brain tumour.

Cameron Spies got his diagnosis on Thursday.

The teen had been having bad headaches four months prior, which prompted the family to get him checked up. The diagnosis came shortly after that.

With the bad news, his family is asking for financial support.

Spies is currently in surgery at the B.C. Children’s Hospital in Vancouver.

“He has a 90% chance of fully doing everything and a 10% chance of not being able to talk or walk,” Lascelle said. She added the doctors say he may have to be on the mainland until early November.

To donate to Spies, visit this link to go to his GoFundMe page.