Church bells to ring in the Comox Valley on Remembrance Day 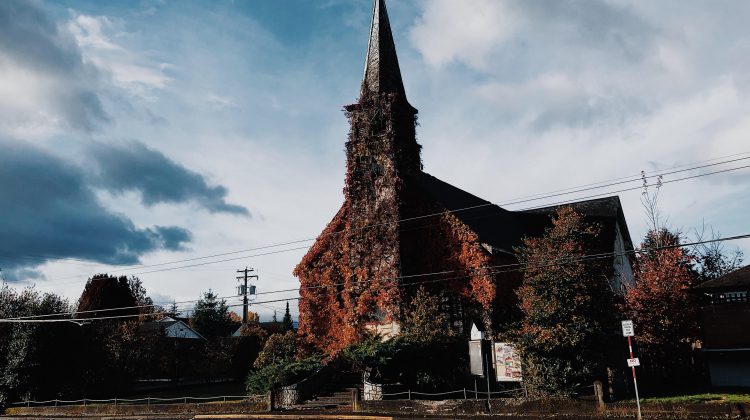 The Old Church Theatre is pictured on October 26th, 2018. Photo by James Wood/98.9 The Goat/Vista Radio

COURTENAY, B.C- Church bells will be tolling in the Valley this November.

According to the local branch of the Royal Canadian Legion, four churches in Courtenay and the HMCS Alberni Museum and Memorial will be ringing their bells on November 11th, 100 times, to mark one hundred years since the official end of the First World War.

The participating churches are the following:

St. Andrew’s Anglican Church, at the corner of the Old Island Highway and Dingwall Road. The bells at the church will ring, along with bagpipes from a lone piper playing the Battle’s O’er. Members of the Legion, RCMP officers, and military service members will be in attendance, along with local cadet groups, and a short service will follow.

Christ the King Catholic Church will be ringing their electric bells at sunset.

St. Georges United Church, in downtown Courtenay, will be participating.

The Old Church Theatre on Harmston Avenue will also be participating, with their electric bells run manually.

As for the museum, they will be ringing their Remembrance Bell in their lobby 100 times, while reading the names of 100 service members who have given their lives over the past 100 years.

Stella Weber, spokesperson for Courtenay’s Legion branch, was happy to have the event happen, and hoped it raised community awareness about Remembrance Day and the Legion.