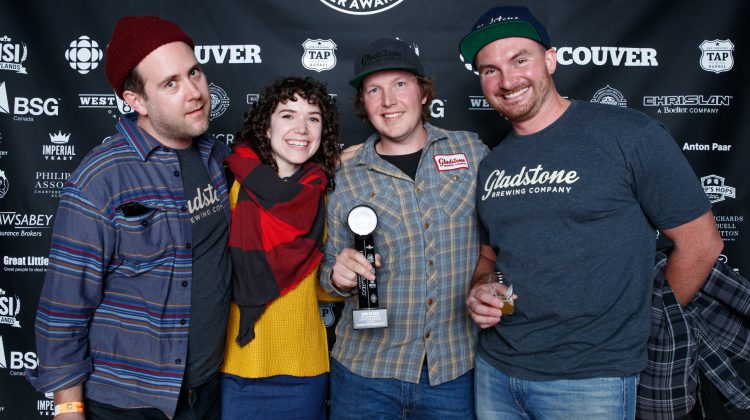 The Courtenay brewery’s Gladstone Brewing Porter took silver in the North American Porter and Stout category at the annual event, held Oct. 20 at the Croatian Cultural Centre in Vancouver.

The silver-medal winning beer has been one of Gladstone’s core seasonals since the brewery opened in 2015.

The judging took place over three days and was performed by a BJPC, Cicerone and Pro Brewers judges from across North America.

Gladstone is an award-winning brewery.  Johnson said the brewery won a BC Beer Award in 2016 and has taken home a few Canadian brewing awards over the past three years.

“It’s really nice to have that validation when there are so many entries,” Johnson added. “There were over a thousand entries this year.”

The Gladstone Brewing Porter is the invention of what Johnson describes as a “crack team of brewers,” including owner Daniel Sharratt who comes from a home brewing background, as does Gladstone’s head brewer.

“A lot of recipe development (happened) before it even got to the customer, just in their homes, and over the years since we’ve been opened we’ve been brewing the porter and perfecting and tweaking and making small changes, and we seem to have dialed it in,” Johnson said.

The porter is sold out for the moment but the next batch is expected to arrive on Tuesday, Nov. 6.

There are plenty of beer connoisseurs in the Comox Valley who have a taste for porter, Johnson noted: “The porter people are definitely a devoted group. We definitely have our regular porter drinkers who are knocking on our door (asking) ‘when is the next batch going to be ready?’ With this batch I would imagine there would definitely be more people intrigued by it and we expect it to sell quickly.”

The porter is available in growlers as well as in the pint station at Gladstone’s tasting room at 244 4th St.