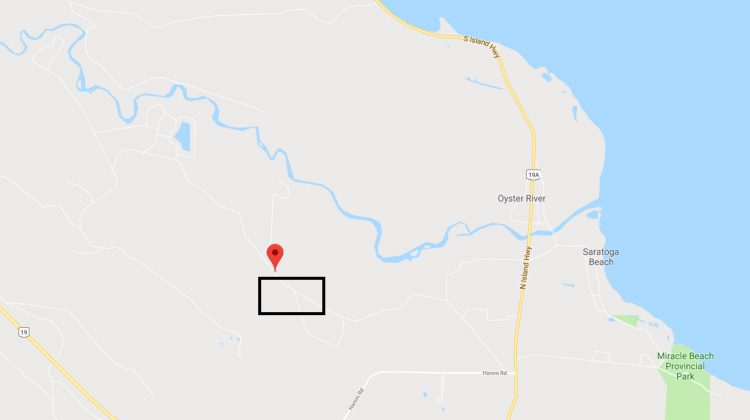 The rough area of the incident.

UPDATE: The Campbell River Mirror has reported that one driver was taken to hospital via airlift following the accident.

The Comox Valley RCMP have confirmed it was a rollover.

The crash involved a single driver, and traffic reconstruction is being performed at the scene using a drone. No further information is available at this time, and the driver’s condition is not known.

The road is still closed.

According to calls to the MyComoxValleyNow.com newsroom, first responders have blocked off the route north of Nailer Road while handling the incident.

Official information on what took place is not yet available. This story will be updated as that information is released.