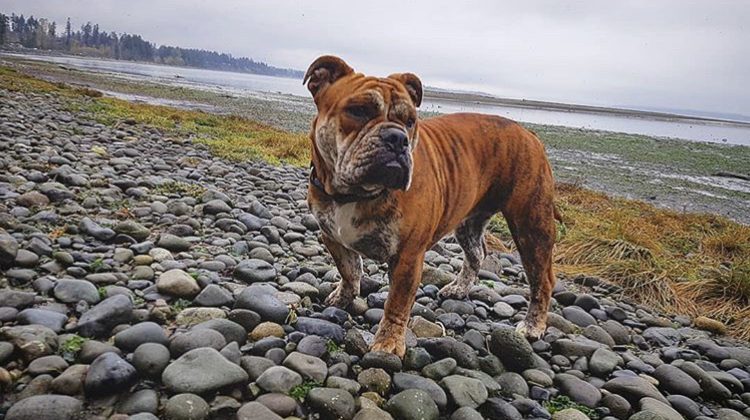 UPDATE: Mac is looking to crowdfund for a helicopter. The link to the GoFundMe is here: https://www.gofundme.com/help-find-rosie?fbclid=IwAR0gNseqVmuKXcUX7mizWCENmgF2BACFzph_b6pssmY3_EPoH5kCsgdYZSk

According to Kristi Inman, dog owner Jonny Mac had been walking by the Medicine Bowls along the Browns River around 3:00 p.m. when one of his three bulldogs fell into the water.

While trying to rescue the dog, Mac fell in as well, and his two other bulldogs fell in after him.

Mac has since left the area with Inman and the two dogs, due to the area not being safe. He’s asking for anyone with a drone or anyone by the water to keep an eye out for Rosie, and it’s believed she may have been swept downriver.

Authorities have been contacted to help with the search, according to Inman.

Paul Berry, the president of Comox Ground Search and Rescue, confirmed that they are responding to the incident. He asked for members of the public to stay away from the Medicine Bowls.