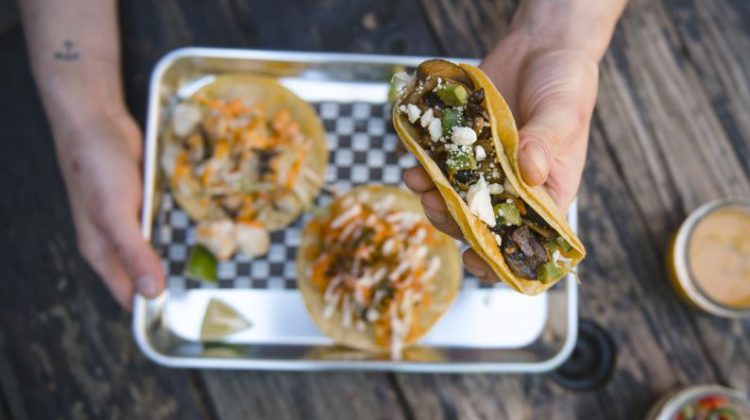 COURTENAY, B.C. – The last call for tacos at the Gladstone is Saturday night.

Taqueria Guerrilla, which operates out of the Gladstone Brewing Company, is closing on Nov. 10.

“It’s always been a tough decision because we’ve been involved with Gladstone since practically day one,” Taqueria Guerrilla owner Jason Uglanica told the MyComoxValleyNow.com newsroom.

“We’ve introduced events like Springtober Fest and the Talent Show and (have) been changing over to do different kinds of food service since the day we began. So we feel very connected to that space and the fact it did help us get going with the pizzeria.”

The operation had started up in May, after the former pizza restaurant that worked out of the brewery moved to a new location on 5th Street. That move came in conjunction with the closure of the Guerilla Food Company’s frozen food store-front.

According to a statement on the Taqueria Guerrilla Facebook page, “with the newly completed Pizzeria Guerrilla now open on 5th Street, we have decided to focus our energy into making it the best it can be.”

“The Guerrilla Food Company has been involved with Gladstone since July 8, 2015,” read the statement.

Uglanica said within Gladstone “we could only grow as far as we can, and it was always been our want that we would step away and here we are. We’ve got the pizzeria now open and it’s because of the time that we put in down there.”

The Guerrilla Food Company has had a good working relationship with Gladstone for many years, according to Uglanica.

“They will now look after their own food service and we’re going to focus on doing what we do best,” Uglanica said.

“Finding one focus is very, very important. So having two fledgling restaurants now, I’d rather take the time to look after the main one, the one we were meant to do this with in the first place,” Uglanica said.

Meanwhile, time is running out to get a taco at Gladstone.

“We are starting to clear out down there,” Uglanica said. “Things as they run out at the Tacqueria are not being put back on the menu and it’s a pretty quick transition.

“You do have a chance to get a few of our offerings. We’re finishing up on Saturday by end of day, eight or nine o’clock depending on how we’re doing for the day.”