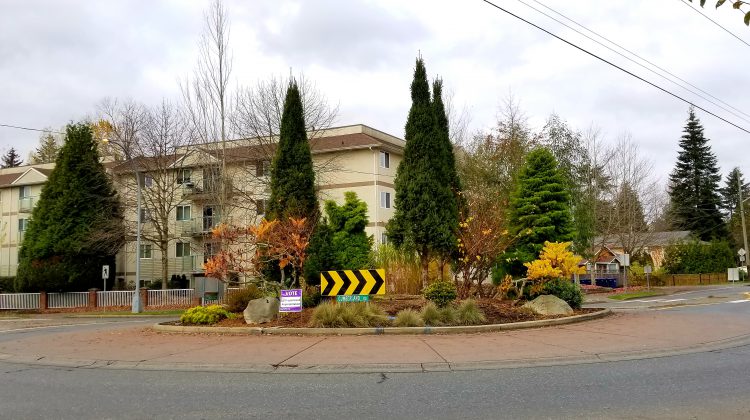 The alleged incident is said to have happened at the roundabout at Willemar Ave. and Cumberland Rd. Photo by Justin Goulet/98.9 The Goat/Vista Radio

Constable Monika Terragni said that on Saturday, November 10th, the detachment received a report at around 1:30 p.m. about an 11-year-old girl being approached by a stranger near the roundabout on Willemar Avenue in Courtenay earlier that day.

“The girl reported that she was riding her bicycle when a black van pulled up beside her and held up two bags of candy. The lone male driver did not say anything but pointed at the candy. The girl immediately rode away on her bicycle,” Terragni explained in a release.

“Investigators would like to speak with anyone who was in the area on Saturday afternoon and may have spotted the van.”

The van has been described as a nearly new black vehicle, with tinted rear windows.

“The driver pulled into the oncoming lane of traffic to speak with the young girl,” Terragni said.

The driver has been described as a Caucasian male between 25 and 45-years-old, with a small light coloured goatee wearing a black cowboy-like hat.