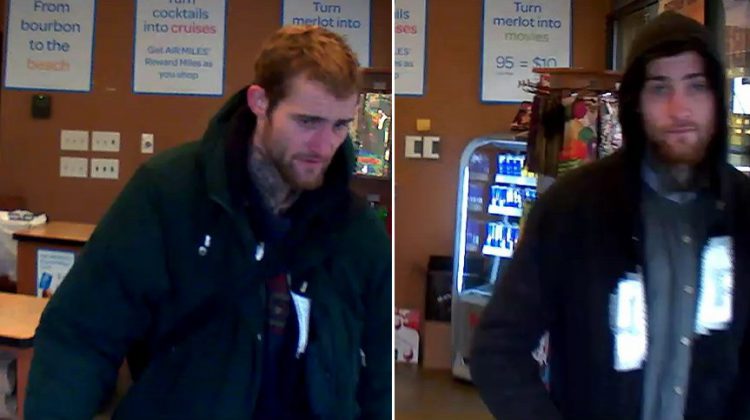 The suspect is pictured in a pair of police handout photos.

COURTENAY, B.C- The RCMP have arrested a 29 year old Nanaimo man after a robbery from a liquor store on Tuesday.

According to the Comox Valley RCMP, police received a report of a robbery from Thrifty’s Liquor along Cliffe Avenue in Courtenay around 12:30 p.m.

The man was described as thin and Caucasian, around six feet tall with reddish/brown hair, scruffy facial hair, and a black hoodie with grey pants.

On Thursday, police announced the man had been arrested. The arrest took place in the Comox Valley, and he has a pending court date.

Officers thanked the public for their assistance with the file.