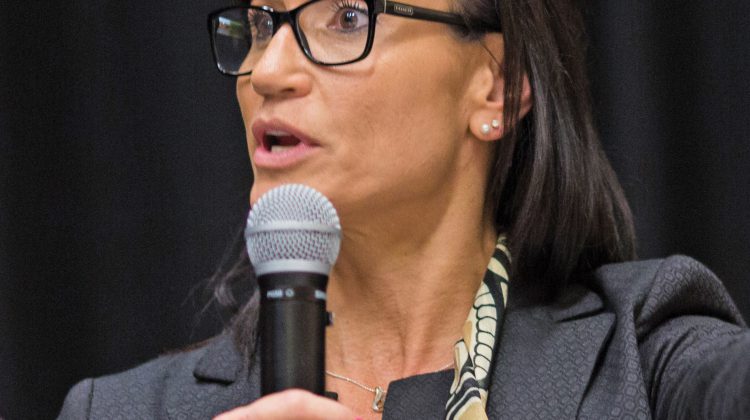 COURTENAY, B.C. – Courtenay is a very safe place to live, according to a North Island College criminology professor.

Malean’s 2019 list for the most hazardous communities has the City of Courtenay slotted in at 31st, based on its CSI.

But regarding a five-year change in CSI, Courtenay was in the top 10 of Maclean’s listing, at seventh. Port Alberni was 50th (CSI up 8.72), and Comox at 52nd.

RELATED: Island and Coast communities on Maclean’s most dangerous places to live list

“I was really broad-sided by the information,” Bemister said. “And speaking with some of my colleagues, some in the RCMP, some who are crime analysts, they all feel the same way.”

She said when you look at the types of crime that is reported and the “dark figure of crime” – offenses that go unreported and unrecorded – reported crime is much more prevalent in smaller communities.

“Where in a larger community, people are less likely to report a B&E or somebody breaking into their car because very likely nothing is going to happen,” Bemister elaborated. “The police are going to say, ‘I’m sorry, we’ll make a file, go to your local pawn shop.'”

There isn’t a lot of organized crime in Courtenay, and “if it is here at all, most of it is north of here or south of here,” Bemister said.

Bemister said that “absolutely people should not be concerned” about the stats.

“There are a few different reasons,” Bemister said. “Public perception of crime is a lot based on personal experience.”

She said if a person has their home or car broken into in a short span of time, it changes their perception about the reality of personal safety.

“And they don’t attribute that to what is likely mere chance as opposed to the community that they live in becoming more violent,” she added.

She said most of the property crime in B.C. is committed by a very small group of prolific offenders, who tend to be very transient in nature.

“So if your community in one particular year when crime stats are being kept, and a particular group of property offenders come into the community and commit a bunch of offenses, and then move out of the community, it shows a spike,” Bemister explained.

Bemister also noted in communities that have smaller populations, “incidents tend to show up.”

Whereas in larger urban centres like Surrey which Bemister said “has 10 times more crime,” it has a population of nearly 557,310, according to 2017 statistics from the City of Surrey.

“It’s a considerably more dangerous place to live than the Comox Valley, but the way that crime stats are kept by police… there’s a lot of motives and a lot of factors involved in keeping crime statistics,” she said. “There are budgetary implications for crime in an area.”

“Is that going to have an impact on this community? I don’t know but it’s possible and I don’t know if that’s necessarily true,” Bermister said.

“First and foremost, when we’re dealing with people’s perceptions of crime, it’s usually based on their individual experiences which can be very problematic as we know.”

Bemister said mainstream media reports doesn’t offer an accurate depiction of crime “but it tends to skew the public’s perception of crime in a very significant way.”

She said impoverished neighbourhoods such as Vancouver’s notorious Downtown Eastside is “significantly more dangerous” than Courtenay.

“But because those (property) crimes (on the Downtown Eastside) are not reported, we don’t see those statistics showing up as a true reflection of the crime that’s taking place in (that) community,” Bemister said.

According to Bemister, crime, and particularly violent crime, has been on the decline over the past seven years.

Moving forward, Bemister isn’t sure where Courtenay will land on a future Maclean’s list, noting that an anomaly such as a school shooting or multiple murders will significantly impact the violent crime rate in such a small community.