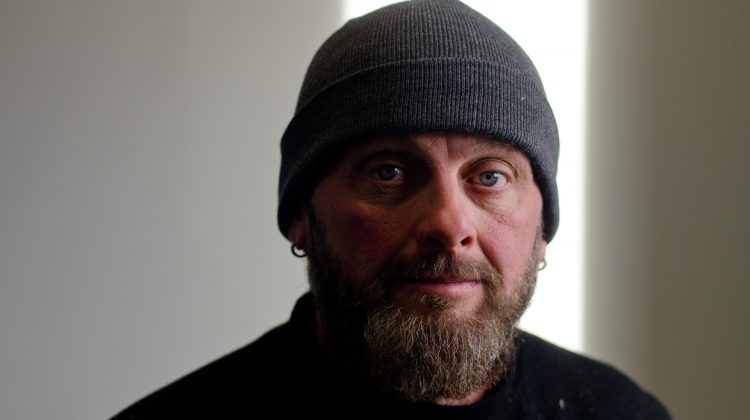 The Courtenay resident suffered a personal tragedy on November 8th, when one of his three beloved bulldogs was swept down the Browns River Medicine Bowls. The area gets its name from the set of waterfalls that run through it, where multiple people have drowned in previous years.

Mac had been hiking through the area with Rosie, Piper, and Blue, his three Old English Bulldogs. According to Mac, Blue had gone to the water and wanted to drink, but slipped and fell into the water. Rosie followed after her, and Mac went in after trying to get to the edge to rescue the pair.

After fighting his way to the surface, he managed to throw Piper out of the water but saw Rosie swept over one of the waterfalls. He then managed to climb out, on a sheer rock wall.

When he realized his phone was still working, he posted a short, emotional video to social media asking for help. Support poured in, with Comox Valley Ground Search and Rescue combing the water and eventually a crowd-funded helicopter search.

While Mac believes that Rosie has likely passed away, he told the MyComoxValleyNow.com newsroom that he’ll be searching every day until he can find closure.

He thanked the community for it’s support, mentioning equipment given to him by local companies and a thermal camera from the Comox Fire Department.

He wants to find her, dead or alive.

“I would never expect anybody to give up on me,” said Mac.

“I’m up there, with the dogs, I’ve got a couple of people that are outdoorsmen. I’ve learned quite a bit from this.”

Mac also described what had happened as a major learning experience for him. He had often gone out in the woods prior to the incident, but indicated that he had been unprepared in those previous trips.

Since making frequent trips to the Medicine Bowls area during the search, Mac has decided he wants to try to make the area safer. He stated he was aiming to track down the landowners in the area, with the hopes of installing a gate along the road that leads to the site and getting more warning signage in place.

Mac also said he had been trying to stop and warn people heading up to the area.

“It’ll never happen to me, is the attitude everybody has, and man, you never know when it’s going to happen,” said Mac.

“Accidents occur, and this place is accident prone. Every footing, every step, is a chance to fall in that water, and once you’re in that water, you have a split second to make a decision. For me, I’m lucky, I own a club and I work out every day. If it wasn’t for the strength I have I wouldn’t be able to get Blue out. I had to throw her across the river, and I blew out my shoulder doing it, but I got her across. Then I had to jump across and climb a rock wall myself, wet and slippery and all that, and I’ve seen people go down there, out of shape. They wouldn’t be able to walk down the hill and back up, let alone bring their kid back up the hill, so this is a definite warning.”

He also wants to reach out to trail-builders and the climbing community, with the aim of getting equipment for rescues and routes in place at the Medicine Bowls.

“I doubt I’ll be the last one to fall in there,” said Mac.

As for Mac’s thoughts on the support he’s gotten in the search for Rosie, he said he had been getting messages from all over the world, and he felt lucky to be part of that. He thanked his friends, who he indicated had dropped everything in the middle of the day to help, and the Valley community as a whole.

“You feel like you don’t deserve it,” said Mac.

“I tell ya, I’m here for anybody in this town, and if anything happens from here on forward, believe me, I’ll be there.”

He said he plans to keep going along the river, and look for Rosie in every “little fishing hole” along the Browns.

“When she returns, I’ll be happy,” said Mac.

“Hopefully, if people are out enjoying a walk somewhere, keep your eyes on the river. It might be a gruesome sight, but I definitely want that closure.”